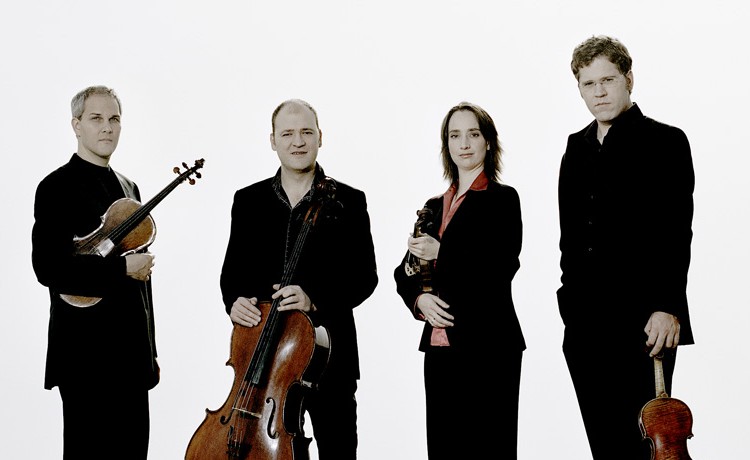 Wigmore Hall, established as Bech stein Hall in 1901, is the oldest surviving (as well as most acoustically outstanding) concert space in London, and enshrines an incomparable tradition. Most of the celebrated musicians of the 20th century appeared on its small platform — no presence more quintessential than that of the pianist Arthur Rubinstein, whose concerts here spanned 64 years, right up to his last recital, in 1976, when he was 89. In May, the hall marked the centenary of his Wigmore debut with a modest (even scanty) online display of concert posters, but it had already honoured him in the naming of one of its sponsorship groups. The well-heeled Rubinstein Circle supports six concerts a season, and certainly got value for money from its latest venture, the first of a pair of early Schubert concerts by the Cuarteto Casals (a great 20th-century cellist giving them their name).

It was quite bold to devote consecutive-night programmes to string quartets so marginal to the repertory, all written before Schubert was 19. But, though I soon realised that this beautifully balanced, mellifluous, vigorous, soaringly intelligent ensemble could make any score sound marvellous, I appreciated, too, how much there was of substance here, alongside the merely prophetic. The schoolboy quartets D46, in C, and D18, in the mixed keys of G minor and B flat, are interesting, rawly inventive, rife with nameless foreshadowings, but the G minor work, D173, from the year Schubert turned 18, stood before us as an advance masterpiece: indebted, evidently, to the string quintets (in G minor and E flat) of Mozart, but absorbing high tradition with brilliant ease. The Casals — now led by the player who took the second violin part before (a swapping of roles as practiced by the Emerson Quartet) — seemed by their heartwarming ease to bring the level comfortably up to the Mozartian.

So seductive was their playing, I felt no special hike of intensity when the renowned Borodin Quartet gave a Wigmore recital a few days later. They also explored early work by a great figure, offering a free-standing student quartet movement in B flat — a cogent, imaginative sonata form — undertaken by Tchaikovsky in 1865, before his official Quartet No 1 in D six years later. A beguiling sweetness of phrasing and tone informed not just this work’s famous andante cantabile, with its pair of deathless tunes, but the execution of the whole clear, compact, tactilely beautiful structure. Perhaps Brahms’s C minor Quartet, Op 51, No 1, in the second half, did not demand the same sheer felicitousness, but something more toughly dramatic; but it is hard to complain of flagrant excellence, and the allegretto third movement’s wistful middle section played into the Borodins’ hands.

Something by Brahms would have fitted well into the pianist Jonathan Biss’s Wigmore programme — first of an internationally touring series he has devised — investigating the influence of, and  influences on, Robert Schumann. Biss was joined by the Swedish soprano Camilla Tilling and the tenor Mark Padmore for sets of songs by Berg and Schubert, and, after the interval, Schumann’s Dich ter - liebe: that cycle in which the pianist looms as large as the singer (though nothing could outstrip the force of Padmore’s well-nigh demonic climaxes) and has the last word.

Biss began with what until recently was a rarely heard late essay by Schumann, the five short pieces of Gesänge der Frühe (Songs of Dawn), Op 133. These have been shown to be a direct, detailed response to his meeting, two weeks before they were composed, a young stranger called Brahms. Brahms iandevices and figuration are allowed to invade the Schumann world, and the result is as enigmatic as it is alluring. A Brahms item would, in this context, have been more illuminating than Berg’s Sieben frühe Lieder, even if the word “frühe” (“early”) was held in common, and Tilling projected them with implacable intonation.