A great Wigmore evening with Alexander Melnikov and Cuarteto Casals 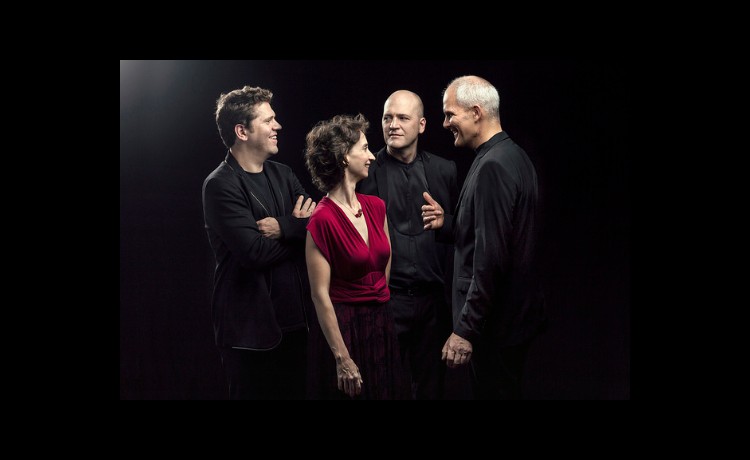 When I got the first sight this programme, I couldn’t help chuckling: a programme for fans of F minor, how niche is that? Maybe add in Schubert’s Fantasia for piano four hands D.940, and Barbarina’s “pin" aria from Figaro, and you’d have an album called: “Now THAT’s What I Call F minor”…

Enough silliness. This was actually a very fine concert, and the surprise programming had a real touch of alchemy about it. It contained three great and contrasting works from different centuries, in superlative performances, and that allowed each one to be heard on its own terms. First came the ineffable lightness, the boundless imagination, and the infectious smile of a great Haydn string quartet. Then a completely spellbinding performance of a fascinating Prokofiev work for solo piano. And in the second half, with the forces combined, the scale was stepped up to the quasi-symphonic, and every twist and turn in the story of Brahms’ Piano Quintet unfolded with real conviction and edge-of-the-seat immediacy.

In Haydn’s String Quartet in F minor Op.20 no. 5, the Barcelona-based Cuarteto Casals showed all the virtues of a group that has stayed together for over two decades. They kept the lines clear, the textures light, but above all approached the work with plenty of rhythmic freedom. The Scherzo had an appealing skittishness about it, and the third movement, a gentle siciliano had that beauty and balance where every utterance is delicately and consciously placed. In the final complex fugue, the absence of vibrato gave both presence and pathos to the musical line in the dark opening. And as the pace quickened and the shadows lifted, there was never any sense of the mechanical and the dutiful that could beset this movement. The Casals ensured that every phrase brimmed with life and rhythmic positivity.

The challenge presented by Prokoviev’s Visions Fugitives of 1915-17 is very different. It is to present a different mood, style and identity for every one of 20 short pieces, and to help the listener understand why each one has earned its place in the sequence. Three of the pieces are less than half a minute long, so it is no mean challenge. As the programme note pointed out, these pieces “almost form a musical bridge from the musical concepts of the 19th century to those of the twentieth.”

At the outset, in no. 1 there is “expressive simplicity” and at the end in no. 20, we are gently rocked into calm and contentment. And then there are all the points on a dazzling journey in between, which Melnikov elucidated so wonderfully. Swishy harp glissandi washed over us in the “Pittoresco” no. 7. Dazzling finger speed – and yet clarity – were there in no. 9. Both 12 and 16 were teasing, full of gentle ribbing humour. Full-on thumpingly percussive Prokoviev piano-writing was there to overpower us too, but it was kept in reserve until no. 14. And in the longer expanse of no. 18, Melnikov adapted to the different time scale, lingered purposefully and let ideas unfold with a natural grace.

The performer more or less has to teach the listener how to listen to each piece afresh, and also to convey an overall shape and sense of direction to the set. Alexander Melnikov’s performance was not just compelling; it was nothing short of revelatory.

And then Brahms. The first thing to admire about this performance was the balance between piano and quartet. One could hear everything. Melnikov has a way of playing with power and utter conviction, and yet there was never a moment when he over-dominated. This was a collective effort in which everything could be heard. Moments of repose were allowed to breathe.

Melnikov can also play with an astonishing feel of spontaneity – particularly in the second movement where it was as if the phrases had just landed as newly formed ideas in his mind. Yet he is also a communicator. He hardly ever had his eyes buried in his piano, but was ever-watchful to be completely at one with the quartet, and to either lead, catch or respond to subtle shifts in pace.

The violinists in the Cuarteto Casals alternate their parts, and it would have been intriguing to hear whether Abel Tomàs would have given a bolder account of the first violin part than Vera Martinez-Mehner. But that is a minor quibble, when the overall ensemble and sense of collective purpose were so totally convincing. The final movement was a miracle, in which where the most was made of the dramatic contrasts of dynamics in the slow opening. And once the Allegro non troppo got going, every phrase seemed to grow naturally and organically from the last. It was a powerful and totally persuasive account and it put the seal on a great Wigmore evening.